Thanks to Headington Action, in 2005 the trunk of a dead cedar tree in Bury Knowle Park was turned into a sculpture featuring characters from the books of the Headington authors J. R. R. Tolkien and C. S. Lewis: the dragon Smaug fromThe Hobbit, Aslan the lion from The Chronicles of Narnia, and the horse from The Horse and His Boy. The work won an Oxford Preservation Trust Environmental Award in 2007.

From tree to sculpture: see the progress
Opening ceremony on 25 May 2005 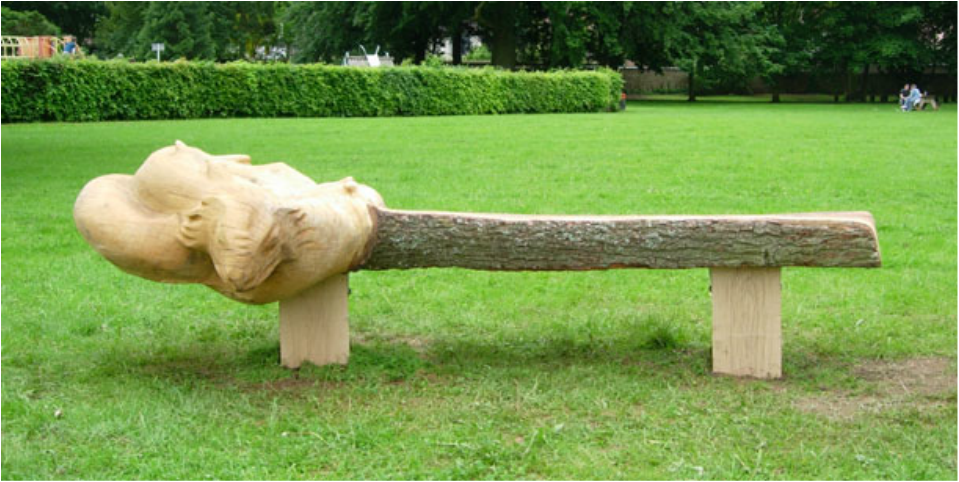 The work was sponsored by:
BBC South Television followed the progress of the work on the tree by local sculptor Matt Cave. The carving started on 26 April 2005 and took four weeks. The sculpture was unveiled by Graham Upton, the Vice-Chancellor of Oxford Brookes University, at a ceremony on Wednesday 25 May 2005.
Before the work was commissioned, a model of the proposed sculpture was put on display in Headington Co-op, Somerfield, and the John Radcliffe Hospital. Over 90% of responses from the public were extremely positive. The model was given to St Andrew’s Primary School.